Welcome to Snowball’s Team of the Week, which highlights and recognises a player from each role that played well over the weekend’s games. This week has three repeat entries from last week and with the scintillating form it’ll take a valiant effort to beat them for Week 3. 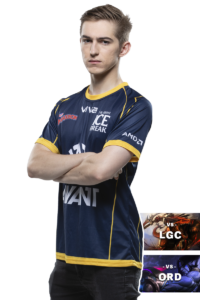 If you watched the opening five minutes of the Avant Gaming vs Legacy Esports match, what’s happening in the top lane is probably not safe for work. Chippys on the top lane crocodile is more than 35 cs up and with his jungler’s assistance has eliminated his lane opponent twice. Again, this is all in the first five minutes of the game time. It’s an incredible start, and it only seems to get better with a 68 creep-score lead and full plating as the tower crumbles in the ninth minute. Chippys has a slight hiccup, dying at the Baron pit trying to fend off an incoming Legacy contest, but from then on it was smooth sailing for Avant’s solo laner as he finished with a 7/1/6 scoreline, alongside a brutal ‘flame horizon’.

Chippys second match for the weekend was a much slower affair, as he found a more even encounter against James “Tally” Shute in Order’s top lane. There wasn’t much to separate the two top laners, until Chippys collected tower gold at the 20-minute mark and Sylas’ power spikes began to creep into the contest. Remaining deathless all game, Chippys was able to collect kills and assists from teamfights, and finished 7/0/7. It may be earlier days, but it’s looking like the former Oceanic Pro League MVP may be back to his best in Split 2. 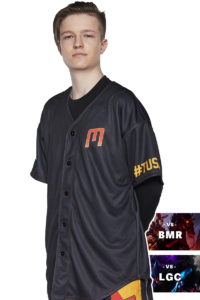 Babip had a rough time early on Jarvan IV, hunted through his jungle by his opposite number and giving up an early death for his troubles. The setbacks continued as he died in another jungle skirmish in top river, and Mammoth’s roaming playmaker eventually found himself 0/3, and relegated to playing a Cinderhulk-build on J4. Babip’s adaptability shone through however, as he turned the situation on its head and picked up three kills and eight assists. In the end, he finished with 100 percent kill participation and made his rocky start seem a distant memory.

In his second performance, he took 14 minutes to get on the board as Rek’sai, before cleaning up three kills in a five-man dive in the bottom lane. From there, Babip had the lead he needed to carry his team to a smooth victory, and his layered crowd-control, as well as a deathless outing, saw him lock in his second Team of the Week position in a row.

In the words of OPL caster Jake “Spawn” Tiberi, Triple’s Azir play was a ‘master class.’ The mid laner began taking over the game at the 20-minute mark, and the next five minutes saw him soar to a 5/0/5 statline with his third item locked in to his inventory. From there, the Azir-pick overwhelmed the Bombers. The game lasted just four minutes beyond that.

In Triple’s second game, he found himself in the Richie Benaud zone of 2/2/2 at 22 minutes, but controlled play on Lissandra saw him weave his way back into the game. The match finished at 34 minutes, and after his mixed start he had bounced out to 12 more eliminations, and earned the highest KP in the team. 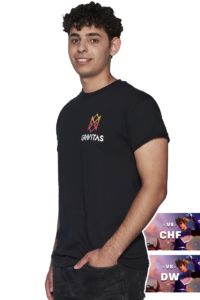 Raid had a strong showing in his first outing of the week, facing off against title-favourites the Chiefs. After picking up a kill in an early-game Drake skirmish, Raid’s Ezreal pick shone with poke. Unfortunately, the marksman couldn’t guide his side to victory, and his only slip-up of the game was the opening Chiefs needed to claim victory against Gravitas.

In his second game, Raid struggled to find his feet early in regards to farming. Playing as Ezreal again, Gravitas’ bot laner climbed back into the gold-mix with his Kleptomancy rune, and set about poking down his enemies once more. In the end, Raid suffered a long spell between drinks as his teammates beat him to six straight eliminations, but in the final skirmish of the game he was able to pick up two to finish 2/0/8. 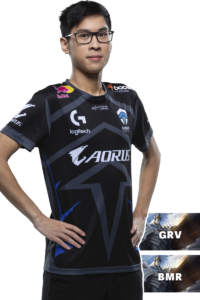 Eyla had an active presence in the early to mid-game, roaming to mid lane with his ultimate up, and landing major taunts in front of the dragon pit. Eyla’s presence continued to be felt for the rest of the game, including a massive three-man knock-up ultimate, followed by a taunt. It was enough to lock Gravitas away from Chiefs’ base, and keep the door open for the boys in blue. Another great Galio ultimate on top of a Hextech Ultimatum ensure the Chiefs could close out the game, and Eyla’s ability to lock-down targets had proved the key in the Chiefs’ resurgent comeback.

Eyla was again on Galio in his second game, and it was more of the same textbook stuff for the Chiefs support. Early roams, and multiple-member taunts carved an early lead out for the Chiefs in the first 20 minutes, before the game slipped out of their grasp. Despite the disappointment, Eyla’s performance was more than enough to secure him this week’s support slot.

That’s a wrap on Team of the Week, did we get the right Mammoth players for this week? Were any Avant players stiff not to feature after their 2-0 week? Tweet at us and let us know @snowballesports with the hashtag #TOTW.

FBI to debut for Golden Guardians in LCS Academy this weekend